Arlington Heights, IL – Little changes can make a huge difference, and that was a goal of South Middle School’s Student Council when they set out to enhance the waiting room at Robert H. Luries’s hematology floor.

This waiting room was a personal place of happiness for one student council member who, as a young kid, frequented the hospital as a result of her B12 deficiency.

“I just brought the idea up to the student council and they wasted no time in saying yes,” Quinn Williams said.

When Williams was two, she would spend time in the hematology waiting room, expanding her creative mind with the various crafts and supplies they had. She said she would look forward to spending time in that waiting room because of the crafts, so the idea was to stock that room with new and fun supplies.

South’s Student Council put together a flyer and made announcements throughout the school to generate interest. Because this was the first year of this campaign, they did not expect the engagement to be very high, but it was. One person, they said, brought in a wagon full of crafts.

“This was very successful,” student council president Grace Martin said. “We are definitely going to keep doing this craft drive for years to come.”

"Volunteers in both playrooms were thrilled with the items,” Special Events and Donations Coordinator for Robert H. Lurie Children’s Hospital of Chicago Jessica Merar said. “So were a few of the patients that were in there when we brought [the crafts] in. Thank you for making a difference!” 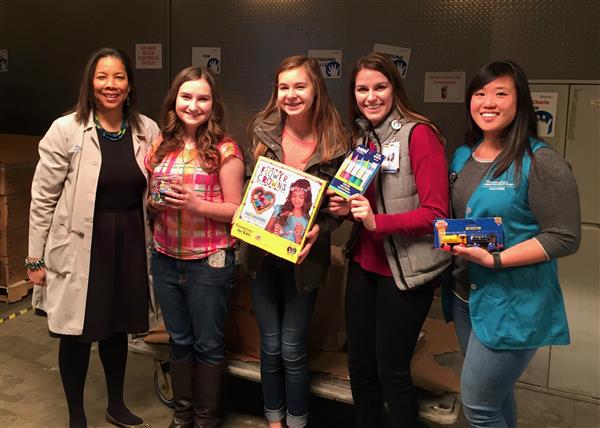