Impacting history without leaving the classroom

Arlington Heights, IL ­­­­- Fifth grade students at Patton participated in one of the most impactful and memorable events in United States history last week, and they did it without leaving their classroom.

“It’s like we are in a movie about history,” a fifth grader said.

“We love history and it’s so interesting to see it play out in front of us,” another fifth grader said. 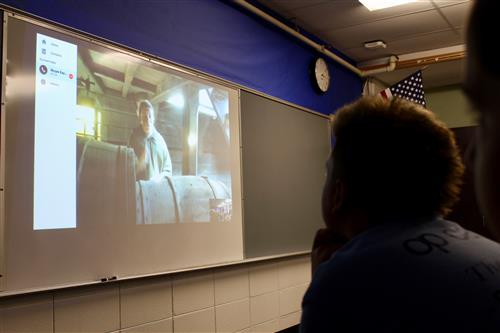 The students were able to talk with impactful people from the Boston Tea Party, and were able to even board a ship to reenact throwing the tea off of the side. Screaming “huzzah” all the way, these students felt a part of history for one afternoon.