Via the Daily Herald: 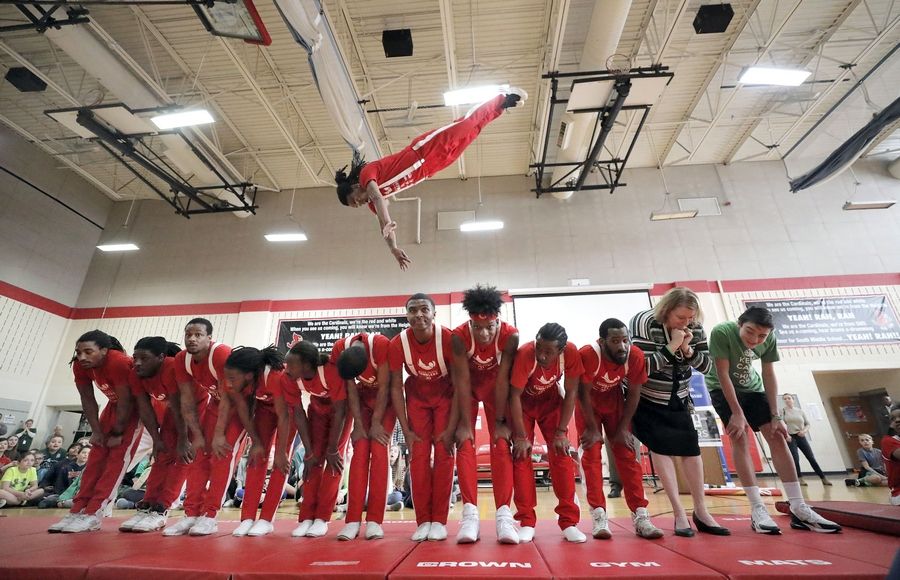 Students, many wearing the color green, filled the gymnasium of South Middle School in Arlington Heights Tuesday to promote organ donation and remember a classmate's brother who has helped save lives.

Taylor Petrillo, 14, launched the effort to honor the memory of his 27-year-old brother, Matthew, who died in September. The South eighth-grader organized an all-school assembly for National Donate Life Month after working for months with the principal, teachers and student council.

Via the Chicago Tribune:

Taylor Petrillo, an eighth-grader at South Middle School, said his favorite memory with his older brother, Matthew, was going to the arcade.

The brothers would play the same game, the one they knew would give them the most tickets, Petrillo said. They saved the tickets in a shoe box and planned to turn them in for a big prize, he said.

They never had the chance to turn the tickets in because the prize they wanted required “too many tickets,” Petrillo said.

Matthew died in September 2018 at the age of 27, Petrillo said. What he family didn’t know, is that Matthew had registered to be an organ donor.

South Middle School held a “Green Out Day” assembly Tuesday to raise what organizers and school officials called awareness, honor and recognition of the value of organ donation — all as part of National Organ Donor Month.