Steel up next for GB!

The Greenbrier expansion project is off to a great start. It is currently projected to finish on time (by the first day of school next year) and on budget. As a review, this two story addition will give four new classrooms, three to four ancillary group/teaching spaces that could also be used as offices, ten more parking spaces and a new Early Childhood playground.

The project broke ground in mid-October, as expected. The foundation and underground plumbing is complete.

Once the steel is up, then the project starts flowing and moving relatively quickly. Parents and community members will start to see the addition look more and more complete from the outside.

Inside, the electrical, plumbing and HVAC contractors will just be getting started. That work is expected to begin sometime after the New Year.

What will the spaces be used for?

The official meeting on these spaces will happen sometime in the spring, but, as of right now, Principal Bingaman and Assistant Principal Kaffka anticipate the two lower classrooms will be used for one of the lower level grades (kindergarten, 1st/2nd grades and maybe early childhood). The anticipation is that the second floor classrooms would be used for the upper level grades (3rd, 4th or 5th). This can change at any time. 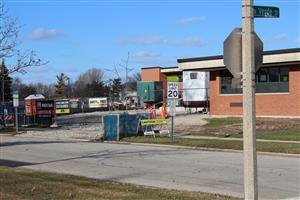 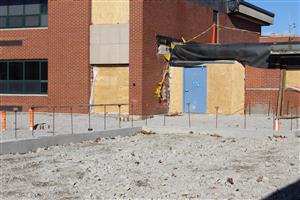 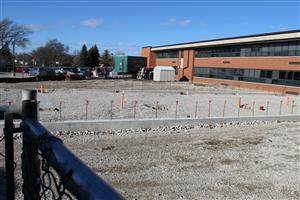